(Disclaimer: This article sounds generally negative towards Witcher 2, when in fact it’s only a small portion and I am currently loving the game. I only wanted to point out a flaw that explains game design)

I’m only about 10 hours into the Witcher 2, but I’m already liking it. Having put countless hours into games like Skyrim, this feels like another game I can do the same. However, one of the beginning quests really stumped me. Your path was blocked and you had to find another way through. After about 10 minutes, I gave up looking and searched for a Youtube tutorial. It turns out you had to go all the way back up to where you started and had defeated enemies, and go the other route. Now sure, you may think I was stupid for not thinking that, but the tutorial video has over 72,000 views. I am certainly not the only one who tripped up. So why did all of us get stuck, and why is this bad? 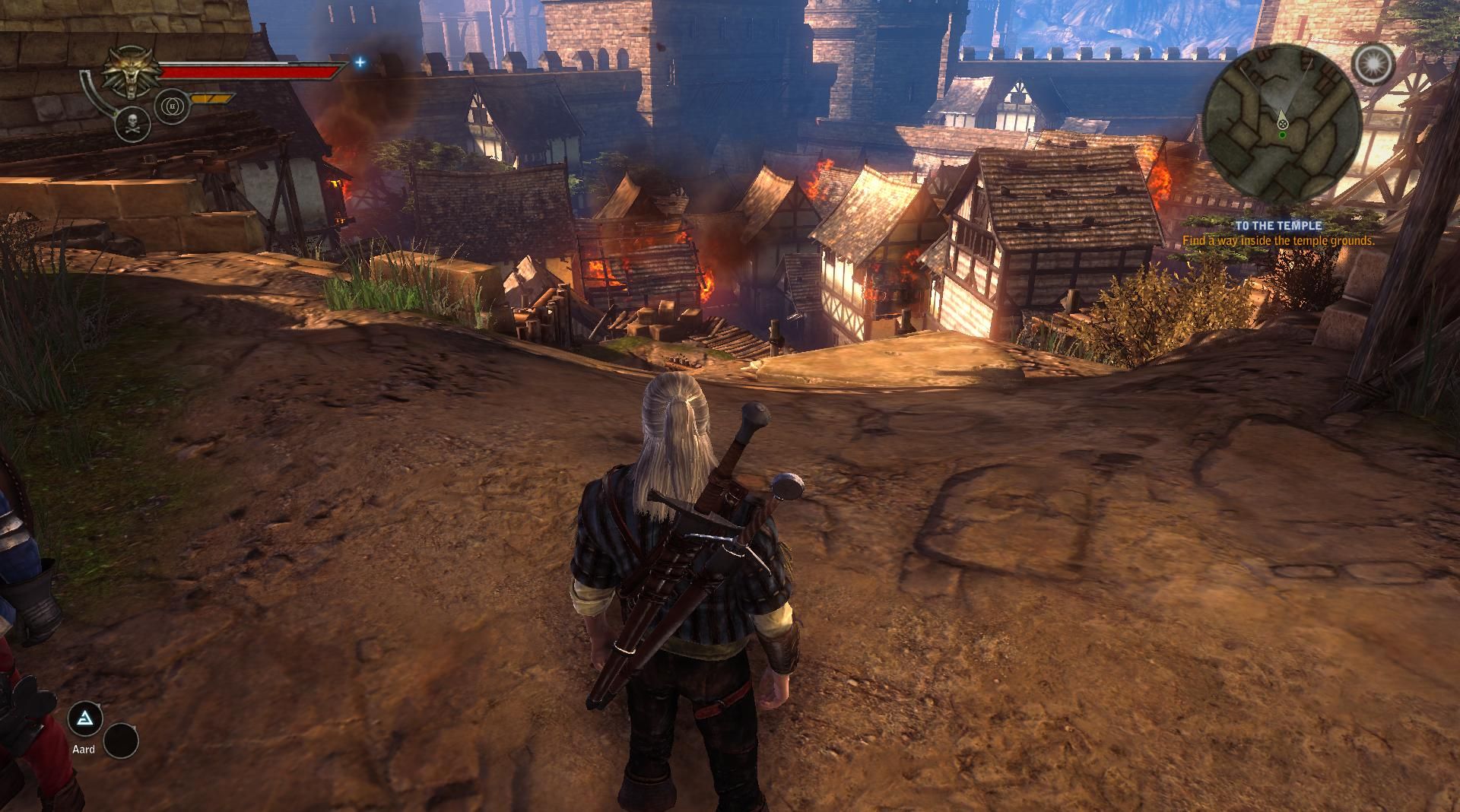 In most games and especially in RPG’s, there is a very important word. Progression. Progression is one of the essential components to the Witcher 2 and any role playing game. It can be described as moving from one area to another, leveling up, or unlocking new abilities. No matter the situation, they are all moving forward. This is why I have a problem with this quest.

This quest literally takes you the opposite of forward, backward. I could understand if it was a side path or you had to look around and find a key, but you literally go back to where you started. You have to go back the path that you already looted and defeated enemies at, to go down the path the other way.

The reason why I and the 72,000 people needed a tutorial was that common game logic is to go forward, not backward. Levels should be designed to reflect this logic. This particular level was not. I was annoyed that I had to look up a tutorial for this level because then you feel like a cheat and feel stupid. Because so many people needed a tutorial, the fault is not with us but with the level designers.

By no means do I hate the Witcher 2 because of this. It is a fantastic game. However, this particular level and quest was poorly designed. Levels can be designed to be difficult, but they should never forget the basic progression principals.

Don’t Be Afraid That Your Game Will Fail

You may have missed

Don’t Be Afraid That Your Game Will Fail

The Importance of Music In Games